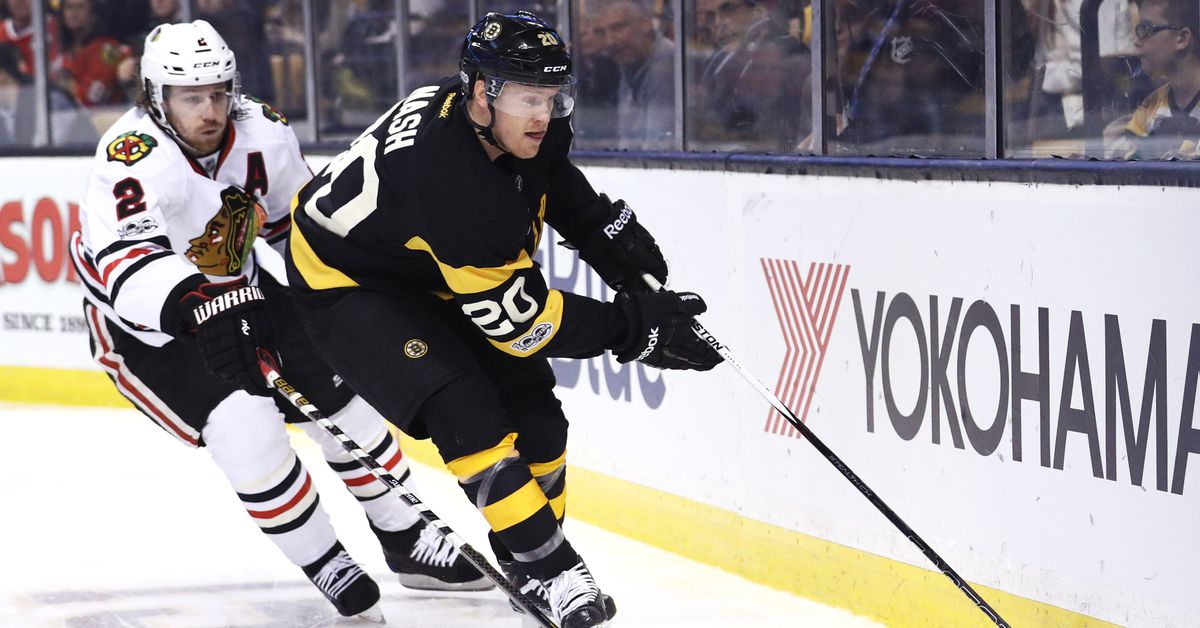 The Chicago Blackhawks visit former Blackhawk Tommy Wingels and the Boston Bruins for the first game of a home-and-home series Saturday at TD Garden.

Wingles, 29, has recorded a goal and two assists in four games since being acquired by Boston on Feb. 26. In 15 career games against Chicago, he has three goals and an assist.

Brad Marchand scored a third straight game-winning goal in the Bruins’ fifth straight win, a 3-2 decision over the Philadelphia Flyers on Thursday night. Marchand has 29 goals and 67 points in 52 games this season. In 10 games against Chicago, Marchand has four goals and nine assists.

The Bruins head into Saturday’s game six points back of Tampa Bay in the Atlantic Division, but they have three games in hand and three more games against the Lightning.

The Hawks are coming off a 3-2 home loss to Carolina Thursday, with former Hawks Scott Darling and Teuvo Teravainen playing key roles in the Hurricanes’ victory. Darling stopped 22 shots, while Teravainen set up the winning goal.

Boston and Chicago split two games last season, both winning on the road. Patrick Kane leads the Hawks with seven goals and 12 points in 14 career games against the Bruins. J-F Berube, who is expected to start, has never faced Boston in his career.

Tuukka Rask will be between the pipes for Boston, with Anton Khudobin getting the start Sunday in Chicago.

*Lines are subject to change.

How to watch Blackhawks at Bruins