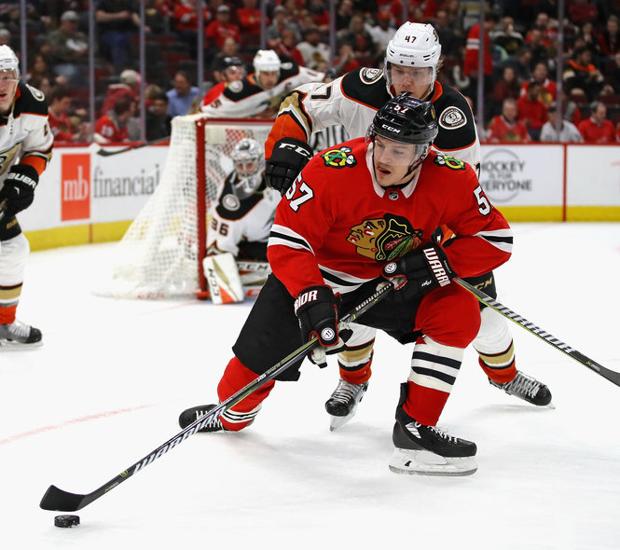 The Boston Bruins made one final move during Monday’s NHL trade deadline, dealing a conditional fifth-round pick for Chicago Blackhawks forward Tommy Wingels. The pick becomes a fourth-round pick if the Bruins advance past the first round of the playoffs, or if they re-sign Wingels.

Wingels, 29, skated in 57 games with Chicago this season, scoring seven goals and adding five assists. The Evanston, Illinois native has accrued 43 penalty minutes on the year while averaging 11:21 of ice time.

Despite skating on the Blackhawks’ top line over the last couple of games — likely to increase his visibility for other suitors — Wingels is a bottom-six forward on a contender, but has the ability to log reliable minutes on the penalty kill.

Wingels has skated in 430 NHL games in his career, scoring 60 goals and posting 138 total points.

Boston has been active over the last week, pulling off a trade to acquire Rick Nash from the Rangers Sunday morning.