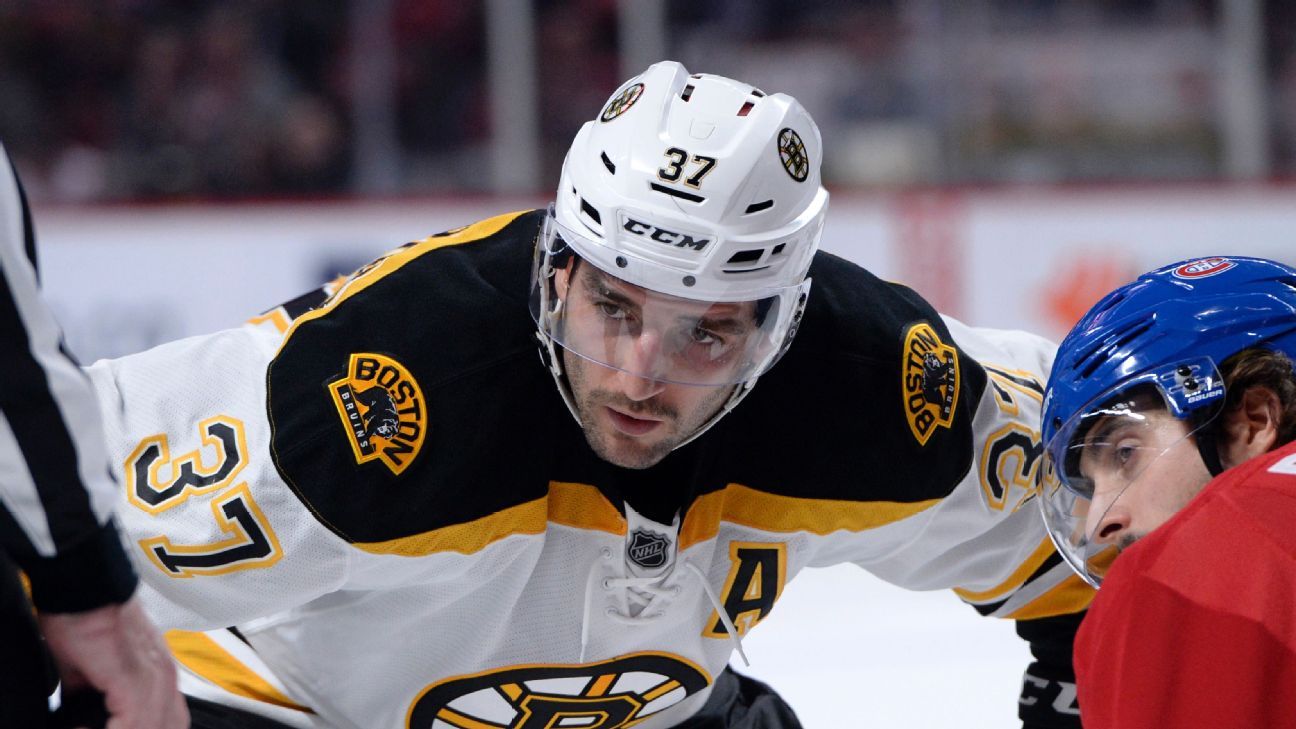 After a series of moves designed for a deep playoff run, the Boston Bruins were hit with a major setback on Tuesday: Center Patrice Bergeron has a fractured right foot and will be evaluated in two weeks.

The team said that Bergeron, 32, was hit blocking a shot in Toronto on Saturday. An initial X-ray was negative, but when he experienced discomfort Sunday in Buffalo, the team ordered a CT scan that revealed the fracture.

“It was tough news to hear last night,” Bergeron said.

Bergeron is a member of one of the best lines in hockey with wingers Brad Marchand and David Pastrnak.

“It’s gonna hurt … but we’ve been through this early in the year with guys stepping up,” Bruins coach Bruce Cassidy said, according to NHL.com. “Not one guy will replace Bergy.”

Cassidy said that Riley Nash, who has 10 goals and 18 assists, will step into Bergeron’s spot on the top line and that David Backes (10 goals, 16 assists) will replace him on the first power-play unit.

Bergeron leads the team with 27 goals and has 27 assists. He is a team-leading plus-26.

“Really hard,” Bergeron said of missing time. “You never want to step away from it. You want to be a part of it, feel like you’re contributing. It’s going to be tough tonight to be on the sideline and not be out there with the guys.”

The Bruins traded for winger Rick Nash, defenseman Nick Holden, forward Tommy Wingels and signed Olympian Brian Gionta to try to capitalize on their surprisingly successful season. Thought to be in rebuilding mode entering the season, the Bruins have the third most points in the Eastern Conference.

“Patience is the key word right now,” Bergeron said. “And heal quickly and lots of prayers.”