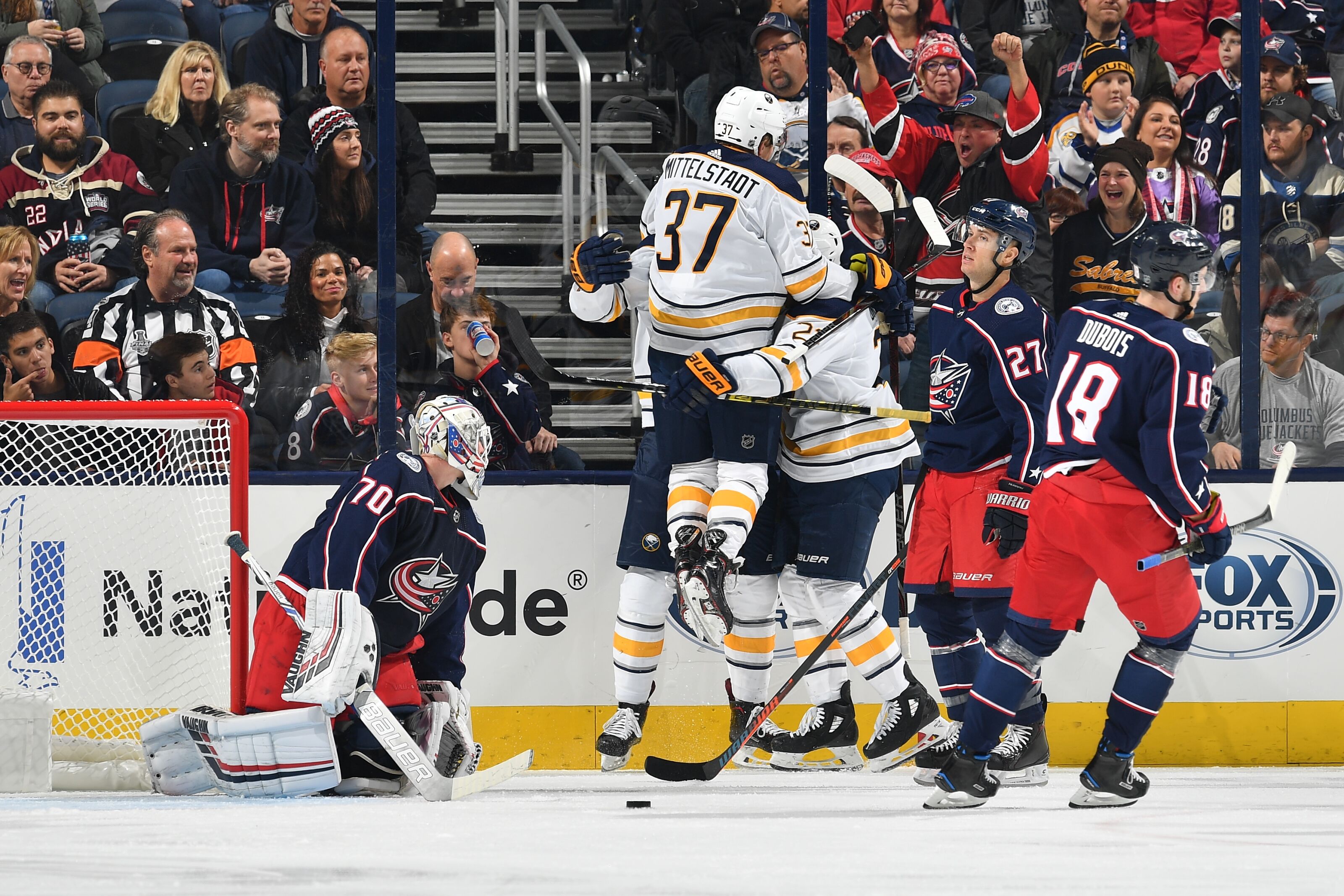 The Buffalo Sabres return home on Tuesday night to face the Calgary Flames in the first of 2 matchups against the Flames this season.

After falling just short to the Columbus Blue Jackets on Saturday night in Ohio, the Buffalo Sabres will face-off against the Calgary Flames who are one point out of first place in the Pacific Division.

Although the Sabres lost in overtime on Saturday, the good news is that the offense continues to play well. The game included four goals, another power play goal, and 2 third period goals to send the game to overtime.

The 4 goals marked the 4th straight game that the Sabres scored 4 or more times, which equals their best streak for the Sabres last season.

Jeff Skinner continued his hot streak with his 6th goal of the season (all at even strength). Skinner now has points in 6 of his last 7 games.

Head coach Phil Housley continued to shuffle the lines for Saturday’s game with Jeff Skinner skating on the top line with Jack Eichel and Jason Pominville. Pominville has also been red hot. The veteran, who is 2 games away from his 1000th game, has 4 goals and 4 assists in his last 4 games.

Mitts with the mitts 🙌 pic.twitter.com/S2Y268Mnko

The lines will continued to be changed around for tonight’s game but the Skinner-Eichel-Pominville will stay together. The most intriguing line for tonight is Conor Sheary–Casey Mittelstadt–Sam Reinhart. Casey Mittelstadt notched his first goal of the season on Saturday, a power play goal that sent the game to overtime. The line change for Mittelstadt comes after playing a season low 9:44 on Saturday.

The biggest changes tonight will be seen on defense as tonight will be the first time there will be a Rasmus-Rasmus pairing as rookie Rasmus Dahlin will be skating with Rasmus Ristolainen. Dahlin’s production and ice time continue to increase and he is already taken over as the top defenseman on the power play.

The combination of Ristolainen and Marco Scandella has struggled this season. The two denfenseman have the worst even strength CF% on the team and have only 6 points between them. Jake McCabe, leading all Sabres defensemen in points with 7, will miss tonight’s game with an upper body injury suffered in Saturday’s game.

The Calgary Flames are playing their final game of a short 2 game road trip. The Flames beat the Maple Leafs last night in Toronto after losing 4 of 5. Despite the recent struggles, the Flames are just behind the the first place Vancouver Canucks and San Jose Sharks in the Pacific Division.

The Flames are led offensively by New Jersey native Johnny Gaudreau and Jeff Skinner’s former Carolina Hurricanes teammate Elias Lindholm. Lindholm has been a pleasant surprise for the Flames as he already has 8 goals and is averaging more than 20 minutes of ice time a night.

David Rittich will get his 4th start of the season for the Flames as number one goaltender (number one used very loosely) Mike Smith was in net last night in Toronto.