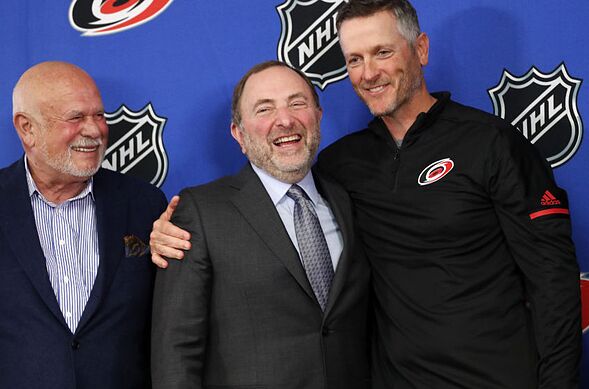 It’s now officially over one year since Tom Dundon bought 61% of the Carolina Hurricanes from Peter Karmanos. We continue to take a look back at that year, grade the changes he has made and the changes he continues to make in our final portion of his report card.

Tom Dundon’s plan for the Carolina Hurricanes and returning them to the map is a little over a year into the making. Already we have seen results from his work. In this three part series we have gone through and graded the various efforts Tom Dundon has made, and the results we have seen thus far. Keep in mind that we are only grading his first year, which ended on the 11th of January 2019.

In the first portion of the three part series we spoke about the influence Tom Dundon has had on the positive increase in fan interactions. Also discussed were the effects of his policies on the marketing and promotions teams. If you missed that first part and wish to see how we graded the new Hurricanes owner on these areas before continuing on to the final portion you can do so here:

In the second portion of the three part series we spoke about the influence he has had and the decisions he has made that have affected the in-game experience for Carolina Hurricanes fans. We also discussed two of his most important hiring decisions: the new General Manager and Head Coach. If you missed this part and wish to see how we graded Dundon on these areas before continuing on to the final portion you can do so here:

While the first part was focused more on the easier, more “slam-dunk”, “empty netter” changes that Tom Dundon has brought into the Carolina Hurricanes franchise when he bought it last season, and the second portion discussed a bit more of his growing pains with things he has direct control over, this portion of our review will involve the one thing he has the least direct control over: the roster and its performance on the ice.

While he may have veto and final decision power when it comes to which players will play for the Carolina Hurricanes, in the end on-ice results are the work of his two most important hires, GM Don Waddell and HC Rod Brind’Amour. While we already graded the decision to hire these two men in our last section, here we will dive more into how his influence on their decisions has resulted in better – or worse – performance on the ice.

Again, keep in mind that the grading ended on the 11th of January. So while the last few games starting on the 11th against Buffalo bring new light on the decisions that were made, and the trade with Minnesota also helps improve the team, they are more in part of the grading of his second year in the league. For now, the 365 days of his ownership prior to the 11th will be what we discuss.