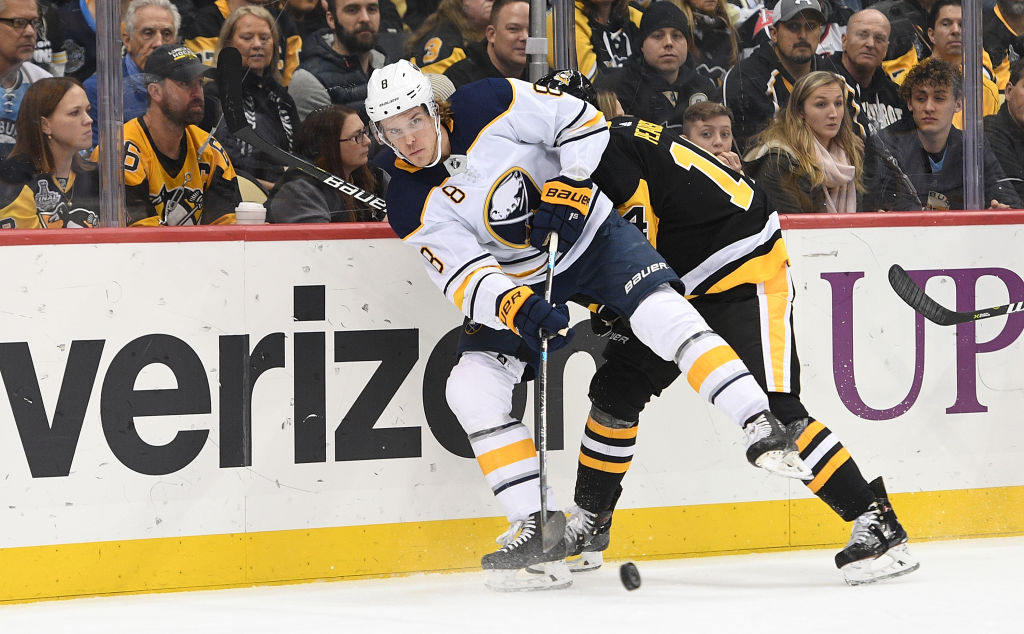 Winger Remi Elie and defenseman Casey Nelson will replace Zemgus Girgensons and Nathan Beaulieu, while backup goalie Linus Ullmark will start. With the Tampa Bay Lightning and Nashville Predators idle tonight at 33 points, the Sabres, 15-6-2 with 32, can take sole possession of first in the NHL with a win.

Housley said neither change was the result of an injury; however, he acknowledged some of his players are “banged up” at the tail end of a six-games-in-nine-nights stretch.

“Fresh legs,” Housley said Saturday afternoon at Little Caesars Arena. “We’ve got some guys banged up, but I thought it was a good opportunity to get Remi in. He’s been out for a while. He’s ready to go, and we could use his speed today against a good, fast team.”

Following a 3-2 overtime victory over the Montreal Canadiens Friday night, Housley didn’t hold a morning skate, but Elie will likely play alongside Evan Rodrigues and Johan Larsson on the fourth line, while Nelson could pair with Marco Scandella.

Elie, 23, was claimed off waivers from the Dallas Stars on Oct. 2 and has appeared in only four games for the Sabres, none since Nov. 1. He’s rotated in during practice and participated in warmups, but he was the team’s 14th forward. With Patrik Berglund on injured reserve, Housley chose to turn to Elie.

Elie was drafted in the second round by the Stars in 2013 and has 21 points in 94 career NHL games over parts of three seasons, including 14 points and a plus-5 rating in 72 games last season. Girgensons played a team-low 10:25 Friday against the Canadiens. He was slow to leave the ice Wednesday against the Philadelphia Flyers after being hit by Dale Weise.

Girgensons has five points and a minus-2 rating in 22 games this season, but he’s a key cog in the Sabres’ penalty kill, which is tied for ninth in the NHL at 81.5 percent.