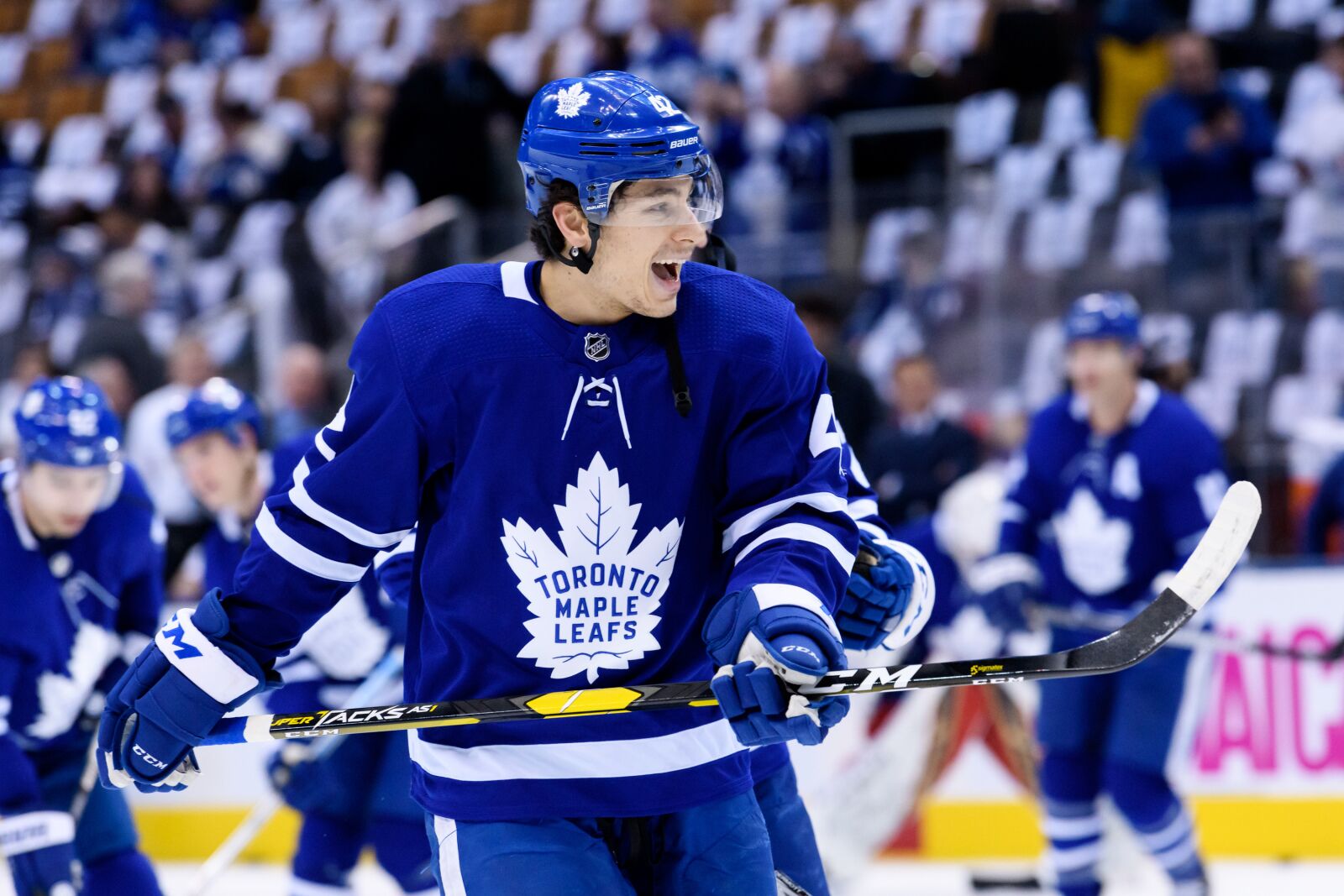 Toronto Maple Leafs: The Alternate Reality of the Reasonable Fan by James Tanner

There has been an awful lot of talk the past few weeks about why the Toronto Maple Leafs should trade, or who they should make a trade for.

I don’t want to talk about that today, whether the Leafs need to make a trade for a defenseman or a big winger, is a topic for another day, and it will be covered somewhere, no doubt about it.

I want to talk about what the Toronto Maple Leafs can do from within. Whether that be in the realm of line changes, changes in coaching strategy, or roster moves, that’s what I’m here to talk about today.

I will even refrain from using any statistical analysis so that we can all have an intelligent conversation rather than flinging turds at each other over our views.

It is no secret that the Toronto Maple Leafs have been struggling a bit as of late. Granted, some of these losses against the better teams have been pretty good games that did not end in our favour, there have also been games against Colorado or the horrible effort against Florida last night, there is no excuse for efforts like these.

There have been a number of games this season where we have seen the Leafs struggle to break out of their own zone, especially against teams that do a good job of clogging the neutral zone. Over the course of the season, it has become very clear that the Leafs forwards are being told to hang around the opposing team’s blue line to stretch out the other teams D, but teams have caught on and are picking off these 100-150 foot passes.

Should Babcock coach the forwards to hang back a little to provide the D with a less risky outlet pass? Does he coach the D to try and carry the puck in themselves and run the risk of an odd-man rush the other way? I don’t know the answer to this but there are other options available than just the stretch pass. There are plenty of nights when it just won’t work, as we saw last night.

Personally, I think a line shakeup could be just what the doctor ordered. We have seen that the Gardiner Zaitsev pairing does not work, Ron Hainsey looks very overwhelmed on the top pairing. A shuffle on D could do a lot, I’m aware this has been mentioned but hear me out.

Rielly has been a player that Dermott has looked up to a lot over the past couple of seasons, and what better way for him to rub off on Dermott, than an experimental stretch of games with him. Ozighanov has done fairly well in his minutes with Dermott on the third pairing, and honestly I would be a little nervous moving him up to tougher competition with Gardiner but honestly, I don’t think Oz or Holl could do much worse of a job than Zaitsev has on that pairing.

I think a revolving door of the bottom 2 RD positions could create internal competition as well as finding a solid partner for Gardiner in the process. Moving Hainsey to the third pairing ensures he is rested for the playoffs, and he may well benefit the team more than we know playing fewer minutes, against easier competition.

Honestly, the D was the hardest part to brainstorm solutions for internally, let’s move on to what I personally believe is something easier to fix.

As we go through this January lull, the offence from our top players has dried up a bit and it’s times like these where we need our bottom six to chip in some offence. Matthews and Nylander are both bound to begin producing if you’ll recall Mitch Marner had 3 goals in 3 months to begin last season, the media and half of the fanbase were suggesting we trade him for a defenseman, and look at Marner now.

The media acts like they never wanted to trade him, and half the fanbase forgets that they agreed with the media. I’m not too worried about Nylander, what I am worried about is secondary scoring when our primary scorers are not scoring.

I have liked Johnsson and Hyman a lot whichever line they play on in the top 6. Marleau has been a little underwhelming production wise but it doesn’t make sense to have 6.25 million on your fourth line.

I have seen Par Lindholm make some pretty sweet plays this season, but we are 47 games in and what I’ve seen him do in 40 something games, I have seen Trevor Moore do all of that and more in 6 games.

A fourth line consisting of Moore-Gauthier-Brown looks pretty awesome to me, but one thing is for sure. Connor Brown has never been a good fit on Matthews wing, and that’s not going to change now. Connor Brown is great on the 4th line and the penalty kill, he is perfectly placed in that position.

With having Moore on the roster, you also have the option of playing him on the 3rd LW position beside Kadri for a couple shifts, Lindholm does not really provide any sort of offensive spark, while Moore provides an offensive spark, a physical presence all without being a liability defensively.

I’m sure all of us would very much welcome a top 4 D, but until that happens, some internal changes have the potential to bring about some much-needed jump to our lineup. We all know Babcock likes to shuffle the forward lines during games, why not shuffle all the lines outside of the game and let them play for a few games.

What do you guys think? Play nice boys, we all cheer for the same team!