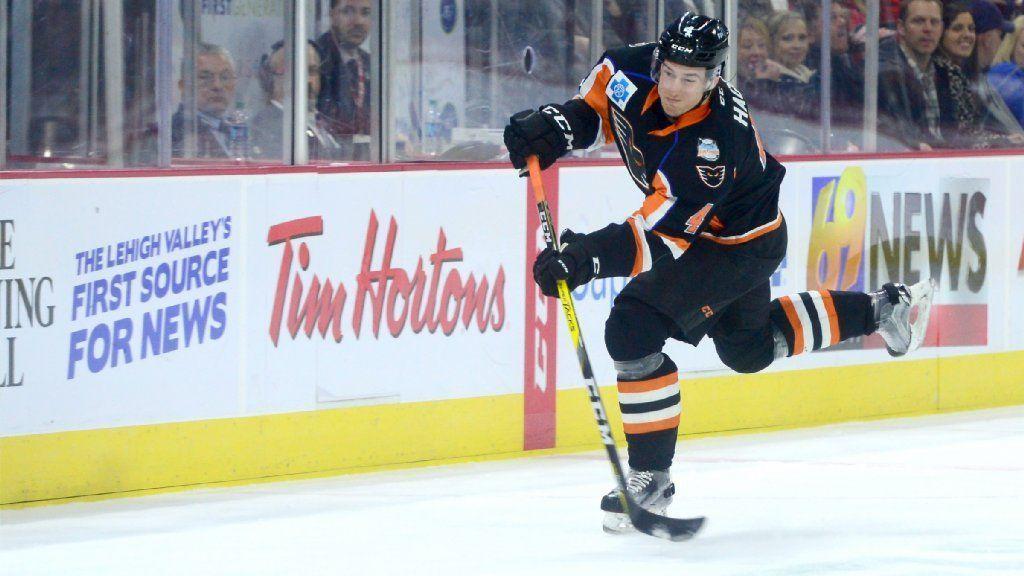 Leier, 25, has 55 games of NHL experience over three seasons. He has two goals and five assists for seven points and is a career plus-eight at the NHL level.

Leier has been a much more productive player in the American Hockey League, where he spent three-plus seasons with the Phantoms. The Saskatoon native has 56 goals and 80 assists for 136 over 226 career AHL contests.

This season, Leier has 10 goals and nine assists for 19 points in 34 games. He is a plus-2 and has racked up 26 penalty minutes.

Bailey has 52 games of NHL experience with the Sabres. He has five goals and three assists for eight points and has not appeared for the Sabres this season.

In 37 games for the Rochester Americans, Buffalo’s AHL affiliate, Bailey has scored nine goals to go with 11 assists for 20 points. The Buffalo native was selected in the second round of the 2013 draft by his hometown club.