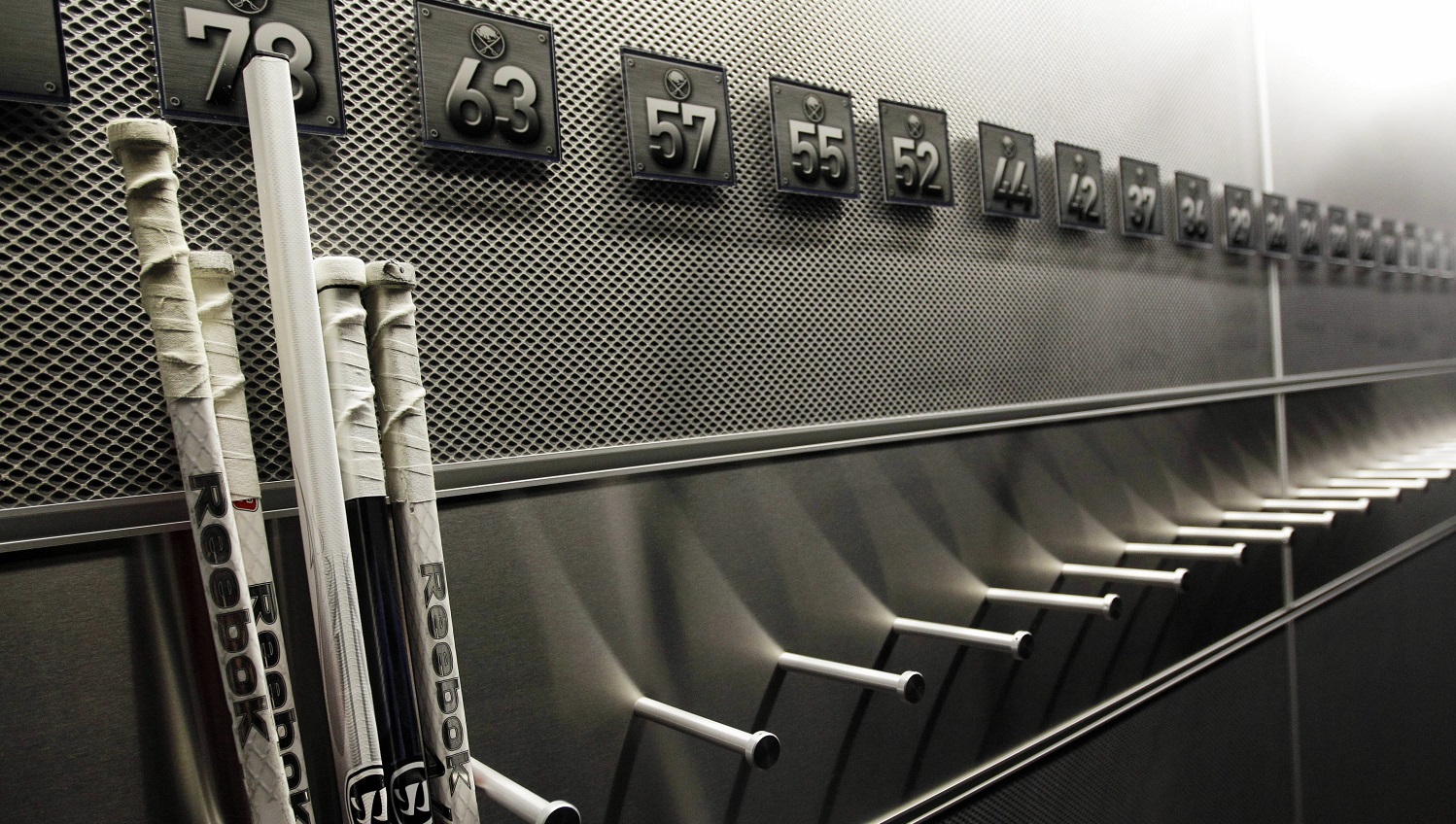 VANCOUVER — While the faces inside the locker room and management for the Buffalo Sabres have changed over the past decade, the same men have worked behind the scenes to sharpen skates and repair equipment.

Dave Williams and George Babcock have seen the Sabres’ rise to the Eastern Conference elite and their lean years. As head equipment manager and assistant equipment manager, respectively, they are often the first to arrive at arenas — in Buffalo and on the road — and the last to leave.

Sabres players will tell you they would be unable to perform without Williams and Babcock, whose tireless work behind the scenes helped them survive the franchise’s most tumultuous years.

That longevity will be rewarded this coming weekend when they represent the Sabres and the Eastern Conference at the NHL All-Star Game in San Jose.

“Longevity is a huge accolade for an equipment manager,” Williams, who joined the Sabres in 2005, told The Buffalo News. “That’s how you earn an All-Star invite at our level. It’s not based on performance. Our performance is driven by longevity. If you aren’t good you’re gone. That’s our measuring stick. It’s nice to be recognized for that.”

The visiting equipment staff isn’t voted into the game. Instead, it is selected based on seniority by the Society of Professional Hockey Equipment Managers. The honor is rotated throughout the league. Longtime Sabres equipment manager Rip Simonick has worked the All-Star Game on three occasions.

However, head equipment managers are now joined at the event by their assistants. While most of the Sabres enjoy a bye week, Williams and Babcock will fly to San Jose early Wednesday morning ahead of the players’ arrival.

When All-Stars arrive Thursday — including the Sabres’ Jack Eichel and Jeff Skinner — the two visiting equipment managers are tasked with ensuring each player has the proper equipment for Friday’s All-Star Skills competition and the game, which will be held Saturday at 8 p.m. Eastern.

Gloves and pant shells must match each player’s designated 3-on-3 jersey. Plus, each player has his own equipment preferences. Companies send gloves and pants to San Jose early, so All-Stars will not have time to break equipment in.

Williams and Babcock will do whatever they can to make sure each player is comfortable on the ice when the event begins. It is not unlike their duties with the Sabres, though the Sharks’ equipment staff will handle the brunt of event preparations.

“Nothing comes straight out of the package for an NHL player without being tweaked by a pro equipment manager,” Babcock, who joined the Sabres’ staff in 1993, said. “Our motto in hockey is NHL equipment managers supply everything but guts.”

The event is particularly special for both since the Sabres have two All-Stars. Williams joked he intended to give Eichel and Skinner prime real estate in the visitors’ dressing room.

Every professional sport has an equipment staff, but they don’t operate under the pressures of those in hockey. Though Major League Baseball has a 162-game regular season and spring training, hockey is the most equipment-specific sport.

For example, Babcock helped former Sabres goalie Martin Biron add more padding to a chest protector before the NHL started regulating the size of equipment. Babcock recalled that former Sabres forward Geoff Sanderson would use a different length stick for each period of a game.

“Honestly, all the top players in the league are pretty set in their ways and pretty superstitious, particularly about their skates, their gloves, their pants,” Babcock said. “Everything. Because there is so much pressure on them to perform. Nothing goes overlooked.”

Baseball players are often more free-spirited and open to change, using multiple bats during a game for no reason other than feel and borrow a teammate’s glove without thinking much about the change.

Babcock, a Williamsville native, worked at Sabreland, the team’s former practice facility in Wheatfield, before joining the team in a full-time capacity.

“It has its ups and downs, being an equipment guy,” Williams said. “You live and die by the success of the team sometimes. There’s good and bad. There are a lot of hours put in away from home, so that’s the sacrifice you make. You enjoy and reap the rewards of winning when that happens. We do it because we love the game and we love being in the locker room setting.”

Williams and Babcock will skip the little free time they have during the season to attend the All-Star Game. Their work and sacrifices are not overlooked by the players.

Skinner has only worked alongside the two men since he was traded to the Sabres from Carolina in August, however, he was looking forward to seeing Williams and Babcock upon arriving in the SAP Center visitors’ locker room.

“It will be fun to share with them,” Skinner said. “Obviously they work really hard, and they’ll probably be working a little bit over the break. It will be great to share the experience with Jack and those two guys. They work so hard all year behind the scenes. Hopefully they get some enjoyment out of it.”