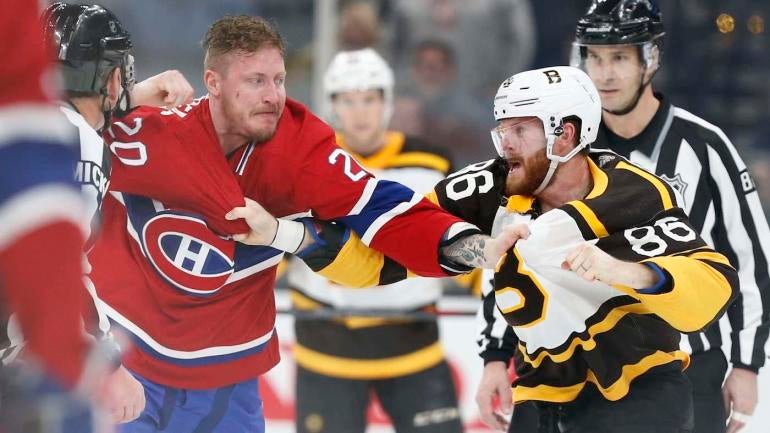 The Boston Bruins‘ Winter Classic jerseys weren’t the only throwback aspect of Monday night’s game against the Montreal Canadiens. The contest also featured an old school, heavyweight fight that might’ve had some fans wondering if the two rivals turned back the clock a few decades.

The Bruins-Canadiens rivalry has seemed to fizzle out a bit in recent years, at least it terms of raw animosity, but it found a little bit of new life toward the end of the first period in Boston. Bruins defenseman Kevan Miller and Montreal’s Nic Deslauriers came together to drop the gloves, and things escalated pretty quickly.

It’s not very often you get to see a fight featuring that many haymakers in today’s NHL, and it’s even more rare to see a fight include a spin-o-rama move during the heat of battle. No, this was no ordinary fight.

Early polling on HockeyFights.com gives a slight edge to Deslauriers in the bout, but both sides certainly did a good job holding their own. This isn’t the first time that Miller and Deslauriers have squared up, either. The two went at it back in 2014 when Deslauriers was with the Buffalo Sabres. Miller had a pretty decisive victory in that tilt, but he injured his right shoulder as Deslauriers pulled him down to the ice.