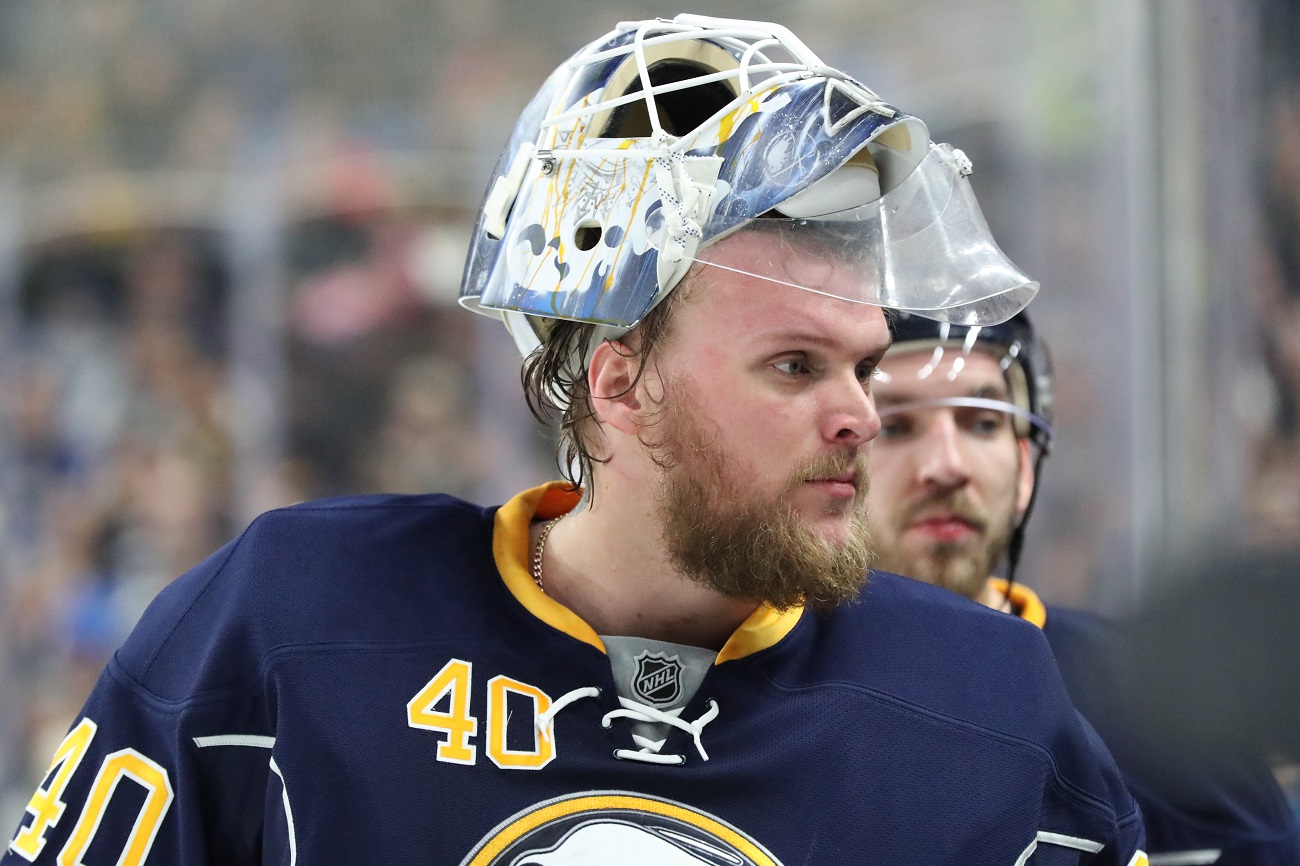 The Sabres returned to practice Tuesday and the only ones who were around Sunday that were missing were Kyle Okposo (wife went into labor) and Evander Kane (traded to San Jose).

No one else was moved at the trade deadline by General Manager Jason Botterill, who said there were no takers for unrestricted free agents like Benoit Pouliot, Josh Gorges or Justin Falk. Goalies Chad Johnson and Robin Lehner also remained, largely because very few teams were looking for help in net once Philadelphia acquired Petr Mrazek from Detroit.

Lehner said he was more than happy to stay with the Sabres, who have given him his best chance to be an NHL starting goalie over the last two years.

“One hundred percent,” he said. “I have no reason not to want to be here. The season has been what it’s been, but I’m trying hard every day to get better and I’ve learned to really like it here. We’ll see what happens. Obviously these things have to happen and we all understand that and I have no reason to want to get out of here.”

Lehner rebuked a report Monday that he had asked to be traded. A local blogger who does not cover the Sabres, or professional sports for that matter, suddenly emerged with an unsourced tweet that Lehner had “made it known” to management he wanted to be traded prior to the deadline.

“That was fake news,” Lehner said. “It’s funny how it works. Some blogger puts something out and I don’t even know who that guy is and people seem to jump on it. A bunch of Swedish websites, serious websites, quoted that one. It’s hilarious in this day and age you don’t have to put a source on it. It’s not true. I’m happy. I’m still a Sabre.”

The Sabres’ final 19 games after the deadline open Tuesday night in Tampa against the Lightning, and many of the contests are against the league’s top teams. Lehner is looking forward to the challenge.

“The majority of them are playoff teams fighting,” he said. “We need to get better. Every game is very important to us. It might not be to other people but to us in this room it’s important. It’s a part of showing you want to be here and that’s part of the process right now.”