The Toronto Maple Leafs unveiled their all-white Stadium Series uniforms earlier this month and on Monday Frederik Andersen revealed the new mask he will debut during the March 3 outdoor game against the Washington Capitals.

The 28-year-old netminder posted a series of photos in an Instagram story that shows various angles of his mask.

Freddy Andersen has revealed the mask he’ll wear on March 3rd for the #Leafs #StadiumSeries game. or ? (Via – FrederikAndersen31)

The mask was designed by David Gunnarsson, who’s no stranger to working with some of the top goalies in hockey.

Andersen is 32-16-4 this season with a 2.67 goals-against average, .922 save percentage and five shutouts this season.

The game is scheduled to take place at the Navy-Marine Corps Memorial Stadium. The Maple Leafs announced they used the Royal Canadian Navy as inspiration for the uniform design.

“The Maple Leafs have had a very long and proud association with our Armed Forces throughout the years and this special game is an important opportunity for us to not only pay tribute to the Royal Canadian Navy, but to also say thank you to the many men and women who serve our country so bravely,” team president Brendan Shanahan said in a press release at the time of the kit unveiling. “This unique uniform, to mark a unique occasion, celebrates the traditions of both the Royal Canadian Navy and the Toronto Maple Leafs and it will be a great honour for our players to wear this sweater next month.” 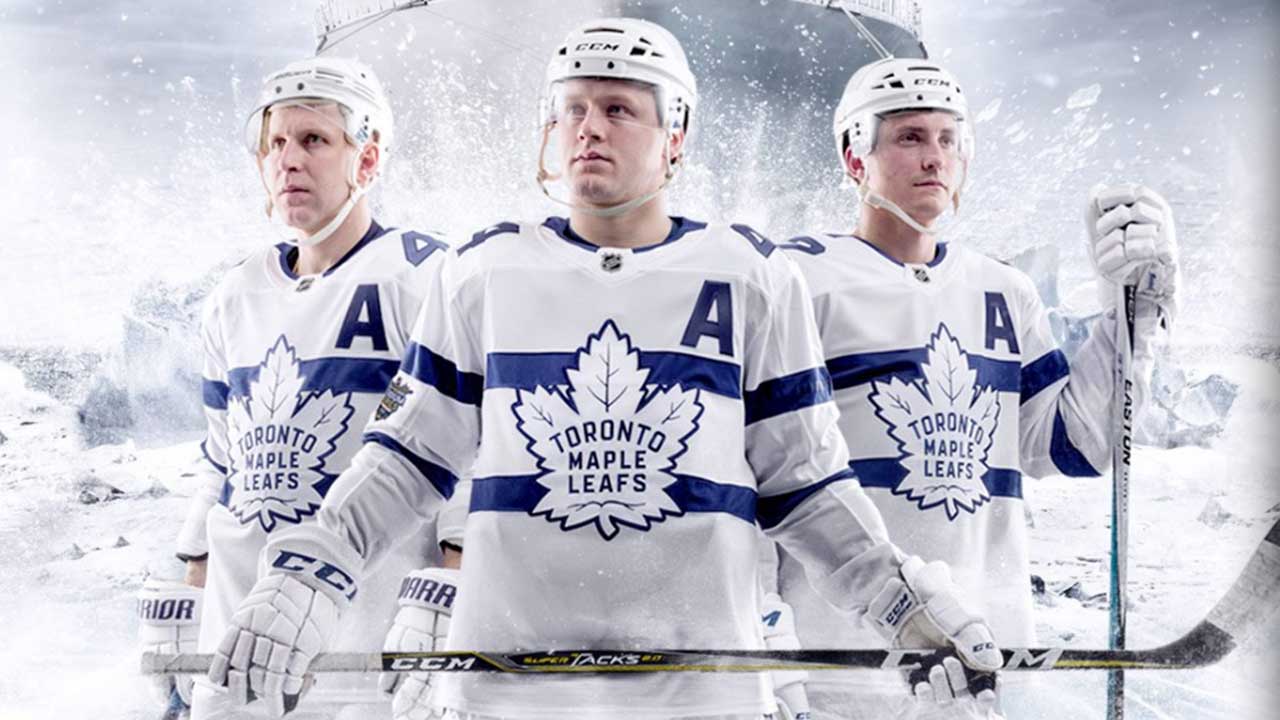 The all-white design took some of the players by surprise.

“The jersey itself looks great. I think it’s a cool look,” defenceman Morgan Rielly said. “When you look at the white gloves and white pants, it’s pretty unique and pretty cool. I’m looking forward to wearing them.”

Added centre Tyler Bozak: “It was a little bit of a shock. Hopefully it’s not snowing… or we might not be able to see each other. I like ’em. I think it’s cool. Kinda something different.”