New York Rangers: Lottery movement on an off day. – FanSided 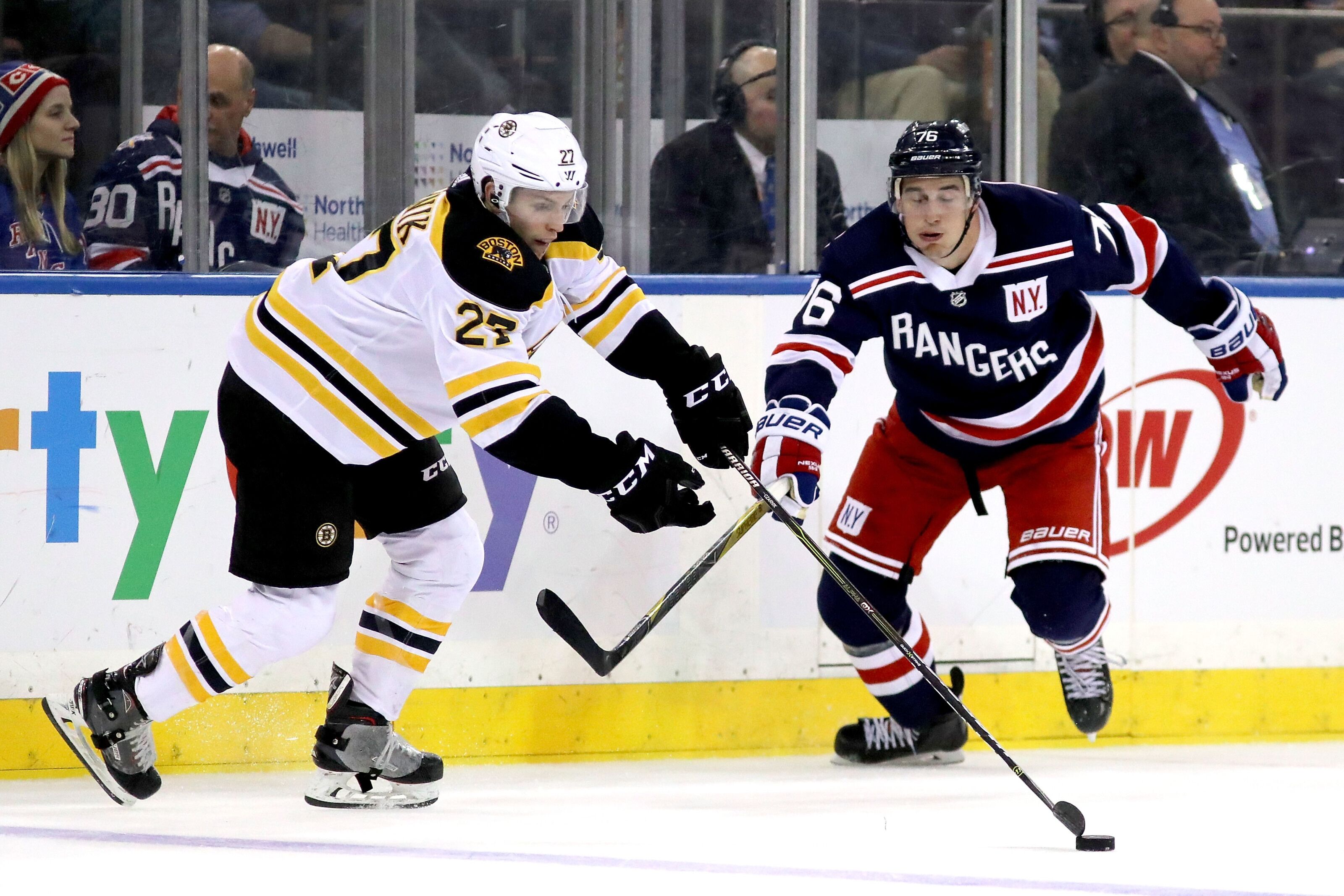 New York Rangers: The core of the future is a few pieces light by Nicholas Zararis

Another off day for the New York Rangers presents an opportunity to lose ground in the race for a top lottery pick to stay  in the same position.  When they don’t play after a win, it’s an opportunity for other lottery rivals to either gain ground on the Rangers or stay exactly where they are.

As for the race for the playoffs, the exact opposite is true. When idle, the Rangers can either stay where they are or lose ground. Tonight was a night when the lost ground.  Pittsburgh beat Arizona in overtime and moved 11 points ahead of the Rangers for the second wild card spot.

According to “The Athletic” website’s daily projection of final standings, the Rangers have a 1% chance of making the playoffs, despite the two straight wins.  They have the Rangers finishing fifth from the bottom, behind  Detroit, Ottawa, Los Angeles and Chicago.

It wasn’t  a bad night for the Rangers’ lottery aspirations.  They needed the teams below them in the standings to win and some obliged.  This race is so tight, a win can mean a lot of movement in the standings.  Vancouver jumped from 11th worst to 14th.  Ottawa from 2nd to 4th and the Panthers from 5th to 7th.  The Rangers remain six points from the worst spot in the NHL.

The night started with the Ottawa Senators beating Carolina 4-1 in Raleigh. That gave the Senators 43 points, two ahead of last place Chicago.  The good news is that they moved within four points of the Rangers.

The second good result was the Panthers’ upset win over Toronto, 3-1.  The hope was that the Leafs would suffer a letdown after beating Tampa and sure enough, they did. Florida moves within three points of the Rangers.

The Red Wings didn’t do the Rangers any favors by blowing a 4-3 lead to Calgary and giving up three straight goals for a 6-4 loss.  Detroit remains four points behind the Rangers.

The Coyotes were trailing 2-1 in the third period when Derek Stepan decided to score and do his old team a favor.  Unfortunately they lost to the Penguins in overtime. At least they did get a point out of the game and moved to within one point of the Rangers.

In the late game, Vancouver edged Buffalo 4-3.  That moved the Canucks three points ahead of the Rangers in the standings. Buffalo remains on the outside of the playoff picture with 54 points, well ahead of New York.

The Rangers travel to Boston for their last game until January 29.  Boston has been playing well and they are only one point behind the Maple Leafs for second place in the Atlantic.  They are finally healthy, so they will present a big challenge on the road for the Blueshirts.

It’s a busy schedule with 11 games on the docket.  Quite a few will have lottery consequences.  There are six game worth keeping an eye on (besides the Ranger game).

Duck @ Devils – Now that Anaheim has finally won a game, can they keep it going against the Devils?  The Rangers needs New Jersey to win as the Devils have fallen four point behind the Rangers.

Flyers @ Canadiens – Philadelphia is five points behind the Rangers.  They need to win to at least stay there.

Panthers @ Predators – Florida won a tough one against Toronto and they have another game against a top team.  Hopefully they can resume their winning ways in yet another tough game.

Flames @ Oilers – Another chapter in the battle of Alberta.  This time, Ranger fans want the Oilers to win. Edmonton is only two points better than New York, but they are on the verge of getting into a playoff spot.

Next: The core is a few pieces light

Winning two games after the Quinn tirade was a positive.  Beating Boston on the road will be a real statement about what to look for from this Ranger team.