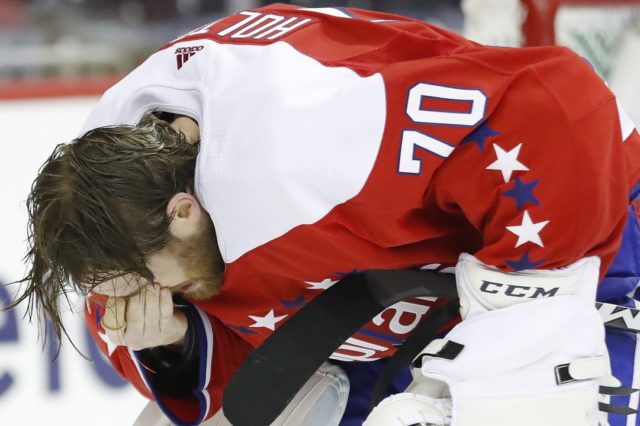 Andrew Gross: New York Islanders coach Barry Trotz doesn’t want to say that defenseman Thomas Hickey had a setback with his upper-body injury. He didn’t take part in their full practice last week and is now just skating on his own.

Pionk out with a lower-body injury

Jason Mackey: Pittsburgh Penguins coach Mike Sullivan said that Patric Hornqvist has been skating back in Pittsburgh for the past two days. (He’s been out with a concussion)

Andersen has the flu now

Kristen Shilton: Toronto Maple Leafs goaltender Garret Sparks was allowed to take shots yesterday. He’s been out with a concussion.

Lance Hornby: Frederik Andersen has been out with a groin issue and now has the flu.

Holtby takes a stick to the eye area

Holtby didn’t return and continued to be evaluated. There was no further update.