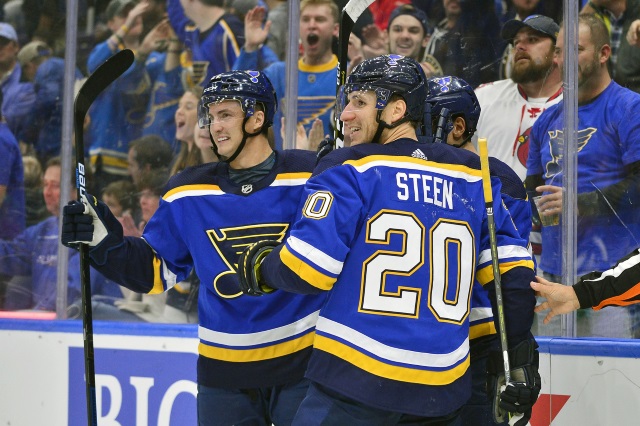 Elliott Teaford: Anaheim Ducks forward Ondrej Kase has an upper-body injury and didn’t skate yesterday. He only had limited minutes in the third period Thursday.

Bjork done for the season

Fluto Shinzawa: Boston Bruins Anders Bjork is having another shoulder surgery and will be out for five to six months.

Pitlick and Nichushkin out

Brian Elliott – lower-body – “Brian is progressing nicely and continuing his rehab. He’s back on the ice, but there is really no timetable set for his return.”

Michal Neuvirth – lower-body – “Michal is doing well. He was evaluated by one of our doctors yesterday (Jan. 17). His timetable has not been set. He’s doing very well through his rehab and we’re hoping to get him back on the ice late next week.”

Sam Morin – knee surgery – “Sam saw the doctor during the last game vs. Boston (Jan. 16) and he’s been cleared to go full tilt now. The game plan for Sam is to get his body ready to go back and play NHL hockey. We’re looking at another month before he’s ready to do that.”

Steen getting close to returning

Jim Thomas of the St. Louis Post-Dispatch: St. Louis Blues coach Craig Berube said that Alex Steen is getting close to returning and could play during their road trip.

“Steen skated today,” Berube said. “We’ll know tomorrow on him, (get) a real good idea if he can play here soon or not.”

Steen is on the IR along with Robert Thomas (shoulder) and Tyler Bozak (concussion).

Zach Sanford was injured on Tuesday and is going through concussion protocol.

Mark Masters: Sparks returning from his concussion: “I feel better now than I did prior to the injury. It was unfortunate that it happened, but I didn’t let it set me back at all.”