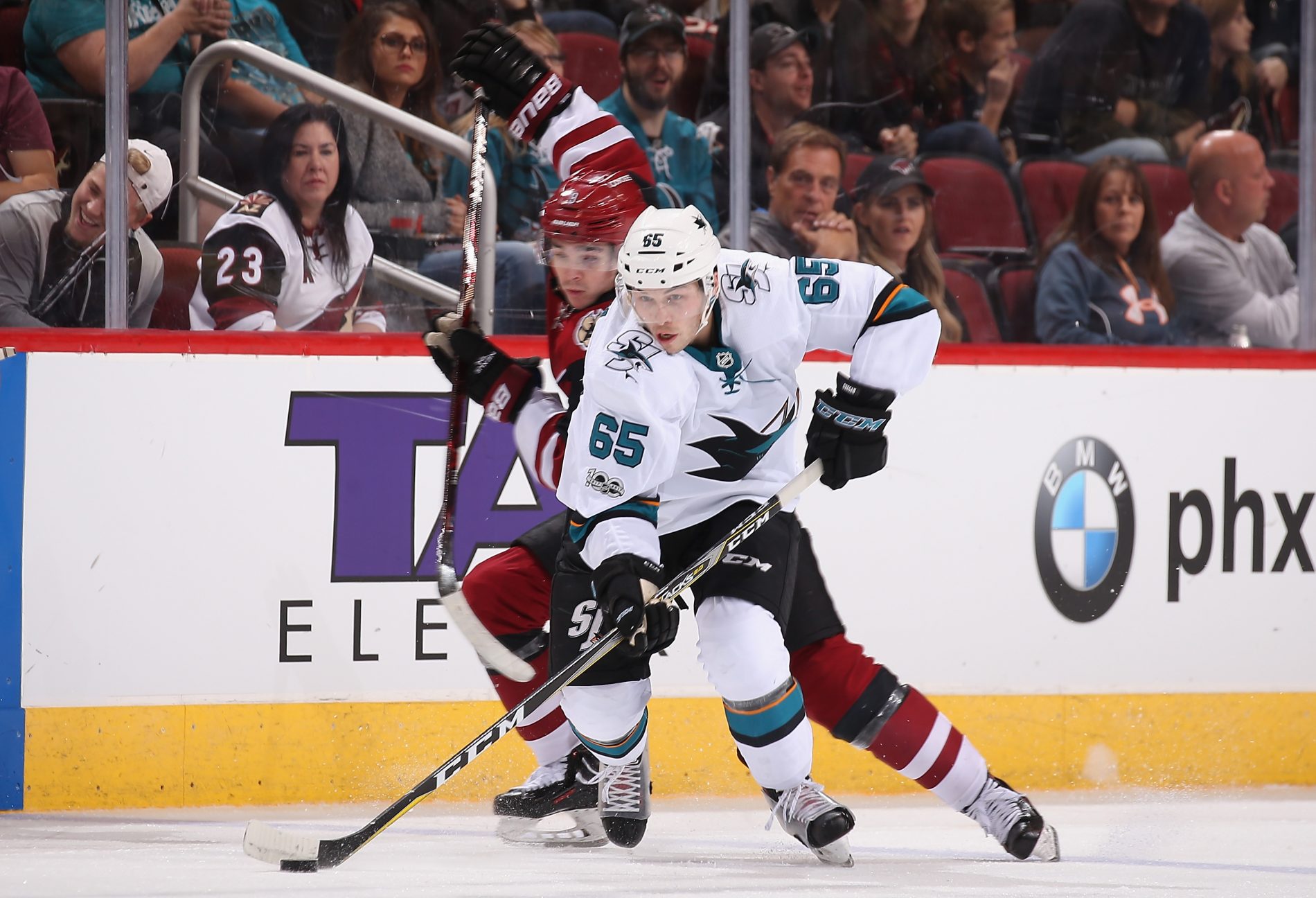 The Buffalo Sabres have put Jack Eichel’s Boston University band back together.

Forward Danny O’Regan is reportedly part of the return in Buffalo’s trade of Evander Kane. During Eichel’s Hobey Baker-winning season with Boston University, Eichel centered for O’Regan and Evan Rodrigues, who joined Eichel in the Sabres’ organization in 2015.

The 24-year-old O’Regan has appeared in 22 NHL games with the Sharks, recording one goal and five points. He has seven goals, 18 assists and 25 points in 31 games this season with San Jose’s minor-league club in the American Hockey League.

The 5-foot-10, 180-pounder is in his second pro season. He will be a restricted free agent at the end of the year.