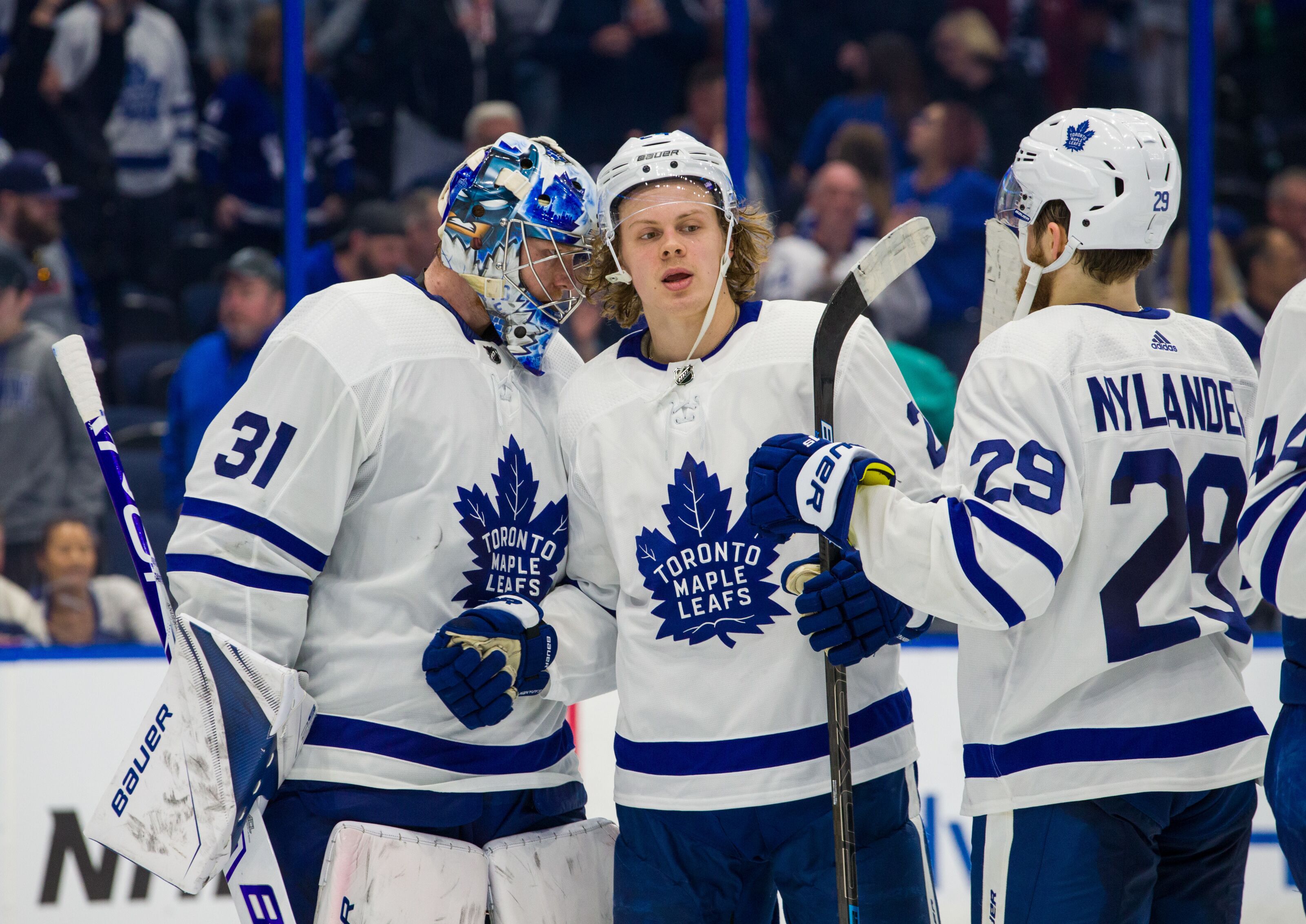 The Toronto Maple Leafs will look to leave the Sunshine State undefeated tonight as they take on the division rival Florida Panthers.

Last night was fun, wasn’t it? You know what they say: Nothing cures a 6-3 embarrassment at the hands of the Colorado Avalanche – not to mention the toxic aftermath that followed – quite like a dominating beatdown of the first-place Lightning in their own building.

The 4-2 result seemingly revealed a number of things as well.

For one, Frederik Andersen is officially BACK from injury hiatus, stopping 36 of 38 shots while somehow morphing into a literal brick wall throughout the game’s final minutes to definitively seal the deal. Thursday might have been one of Freddy’s best games as a Leaf, in fact. And with all due respect to both Michael Hutchinson and Garret Sparks, Andersen’s performance firmly reminded fans of what a true number one looks like.

Those fans were also treated to the debut of this fella.

The gizmo (do people still say gizmo) seen above is apparently a microphone, and after successfully aiding in Zach Hyman‘s empty netter in the dying seconds of the third, has now garnered as many primary assists this season as Nikita Zaitsev.

So, that’s fun. Unless that microphone costs $4.5 million for the next 5 years, the Leafs might have gotten the raw end of that deal.

Although, the most integral revelation last night brought forth also happens to be the most simple.

The Leafs are good. Good enough to hang with the big boys, and certainly good enough to challenge for hockey’s ultimate prize. A bad week might be enough to change that perception within the fanbase, but it can’t change facts, and the fact remains that all 30 NHL teams hit rough patches at some point in a season.

This week, the Leafs hit theirs. Good thing they didn’t trade everyone because of it.

Really dodged a bullet there, folks.

With that statement win now under the belts, the Leafs head to Sunrise next for a meeting with the basement-dwelling Panthers.

It’s truly hard to overstate Florida’s struggles thus far. Failing yet again to live up to their lofty preseason hype, Dale Tallon‘s squad currently rides a 3-game losing streak into their matchup with the Leafs, sits a good 16 points out of the East’s second wild-card spot and boasts a dismal -26 goal differential which tops that of only Philadelphia and Ottawa.

Suffice it to say, Florida is not a good team. Which, in fact, makes them the exact type of opponent the Leafs should handle with considerable ease, even after having played the night before.

Tonight’s contest will also feature the return of everyone’s favourite goaltender, Garret Sparks who, after missing the past three weeks with a concussion, now faces an opportunity to reclaim his hold over the Leafs’ backup job in light of some underwhelming recent efforts.

Prior to his injury, Sparks’ last outing was none other than the infamous 4-0 shelling by the New York Islanders on home ice, and a dominating performance against a lacklustre lineup would undoubtedly go lengths in washing that sour taste out of the fanbase’s mouth.

According to DailyFaceoff, Sparks indeed gets the start while Toronto’s lines remain the same as they were in Tampa.