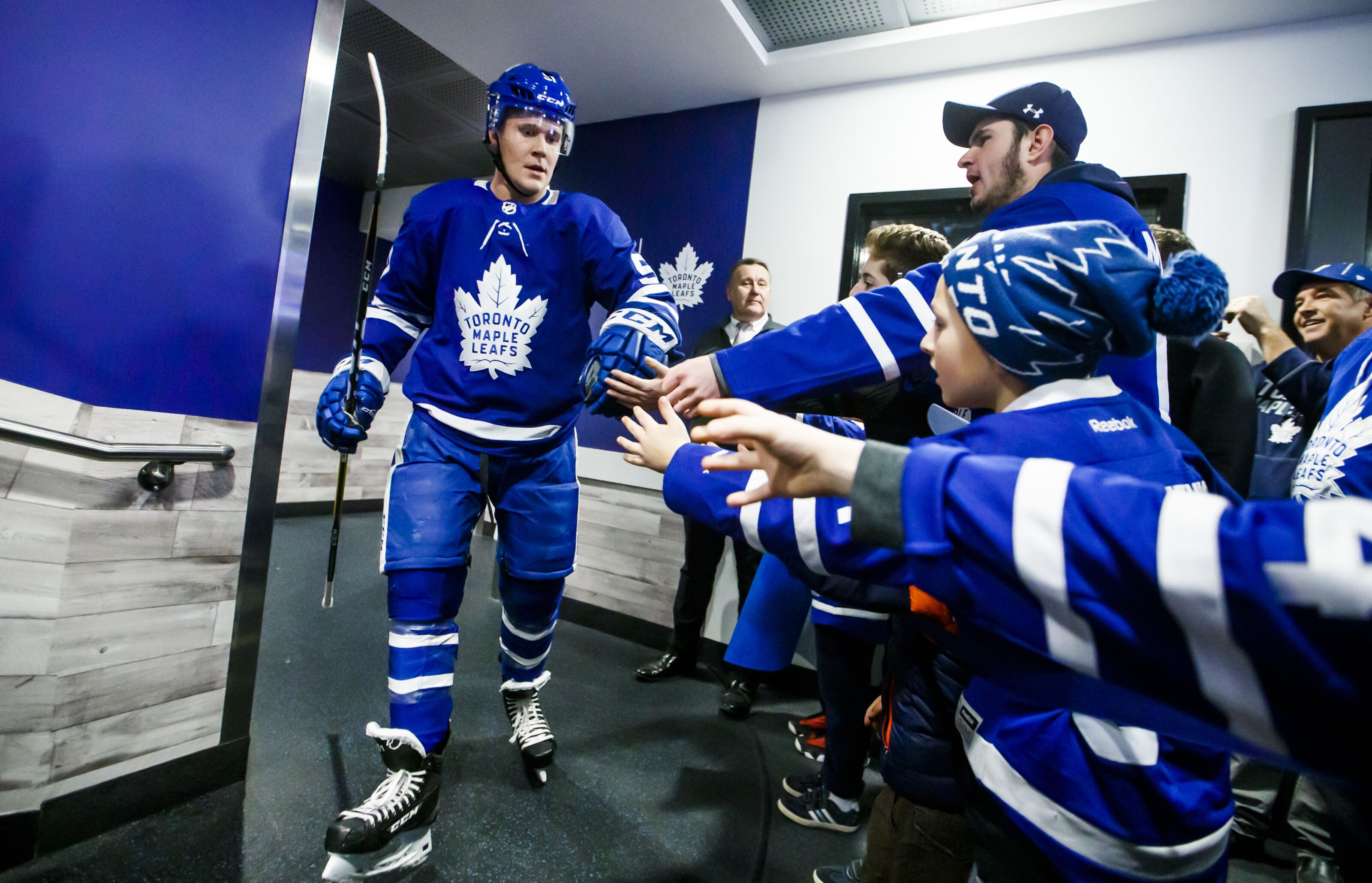 For all my faults, of which there are many, I like to think of myself as a relatively observant person. It’s one of the baseline requirements of running a sports site, after all.

Be it through reading comments, tracking content traffic, or taking even the slightest glimpse at social media, few things are more vital to your platform’s long-term viability than having a finger placed accurately on the pulse of your reader base.

Long story short; this is just my way of saying that I seem to have a good idea of what you folks both like and not like.

And approximately 99% of you REALLY don’t like Jake Gardiner.

Which, quite honestly, is fine.

Fandom affords you a choice. It does not come accompanied by a legal stipulation requiring you to shower each and every player on your favourite team with unconditional love. This is a free country, after all. And as long as no laws are broken, you’re more or less entitled to do whatever you please, which includes booing Jake Gardiner, on home ice, for having a bad game on a Tuesday night in mid-January.

Jake Gardiner emotional post-game, said boos are definitely not something that’s happened before. Knows he has to be better. Told teammates were staunchly defending him, said those are the guys you play for and was nice to hear.

Keep in mind, though, that this uninhibited freedom also acts as a double-edged sword, too. Because while there may not be anyone to stop you from spewing hatred at a player in his own building, no one to can stop me from judging you mercilessly for doing so, either.

And to the subsection of fans who took part in last night’s embarrassing show of vitriol, make no mistake. I am judging you.

They say a fanbase shows its true colours only in times of great turmoil.

Well, I tend to disagree.

To preface this, it’s important to note that maintaining one’s support amidst the darkest days of a given team’s history is obviously a commendable feat. Leaf fans have been doing for literally my entire life. I’m not suggesting it’s a bad thing, not by any means.

But let’s not paint this perseverance as a completely selfless act, either.

No one wants to root for failure. Why would they? It’s one of the least enjoyable things to do. Instead, fans find the motivation to stand firm in their allegiances with seductive images of what life will be like once that darkness inevitably subsides.

Fandom is not unconditional. Far from it, in fact. This exact type of support is conditioned to its very core and maintained only by the carrot it dangles at the end of the tunnel.

Being a fan is more or less a bargain, at the end of the day. A “stick with us in our darkest hour and we’ll reward you in our brightest twofold” deal of sorts. And last night’s “mid-January loss to a non-playoff team” aside, the Leafs are dolling out the rewards nonetheless.

One loss does not counteract months of past success. For practically the entire season thus far, the Leafs have held up the mantle of a being top-5 NHL team and, even in the aftermath of Tuesday’s debacle, would still clinch home-ice advantage were the playoffs to begin today.

Their roster is littered with stars. The biggest free agent in modern NHL history, who also happened to be a Toronto-born product as well, chose to come home and on a team-friendly deal, to boot. The Leafs set franchise records in regular-season wins and points last year that are both expected to be demolished at the end of this one.

If fandom is indeed a bargain, frankly, the Leafs are holding up their end. But for the sake of argument, let’s just assume that all that is still not enough.

January has been a disappointing month. There’s no mistaking that. Then again, no team is immune to a rough patch or two over the course of a full season and, last time I checked, not a single 82-0 record has been achieved at any point in league history.

The Leafs are going to lose games. This should probably have been accepted by now.

To look at one bad night from Gardiner and believe it gives you the required clearance to flood his Instagram account with hate so vile that I am literally not permitted to publish it on this website is shameful.

The last Leaf defenceman to be adorned with similar hostility by the home crowd was Larry Murphy. Or, you know, the guy who proceeded to win not one, but two Stanley Cups the minute he stepped outside the 416 area code.

Perhaps, in cases like these, the player in question is not the problem.

Now, considering how the bulk of Gardiner’s detractors typically fall on the older side of the fan spectrum, it means they should be capable of remembering lessons from the Murphy Saga and yet seem entirely content to ignore them.

Nevertheless, spending $200 on a ticket affords you every right to boo Gardiner to your heart’s content, whether I agree with it or not. You paid your money, and that purchase shields your boos to being just one set in a crowd of thousands.

But don’t forget that this right exists solely within the confines of the game.

Once those boos spill out into the real world and impact real people, the circumstances change. Now, one of Gardiner’s family members can be subjected to them against their will and a line is crossed that not even your ticket can protect you from.

Any shred of anonymity you once hid behind is now gone. And from that moment forward, the decision you made to let your hate breach its allocated barriers becomes your cross to bear, permitting anyone from any corner the internet to turn that decision right back against you.

All thanks to a relatively meaningless outcome with 30 games left in the season.

Spewing hate towards your team in times of failure is normal. Continuing to do so in times of success is not, especially when that hate seeps into areas it has no business to go.