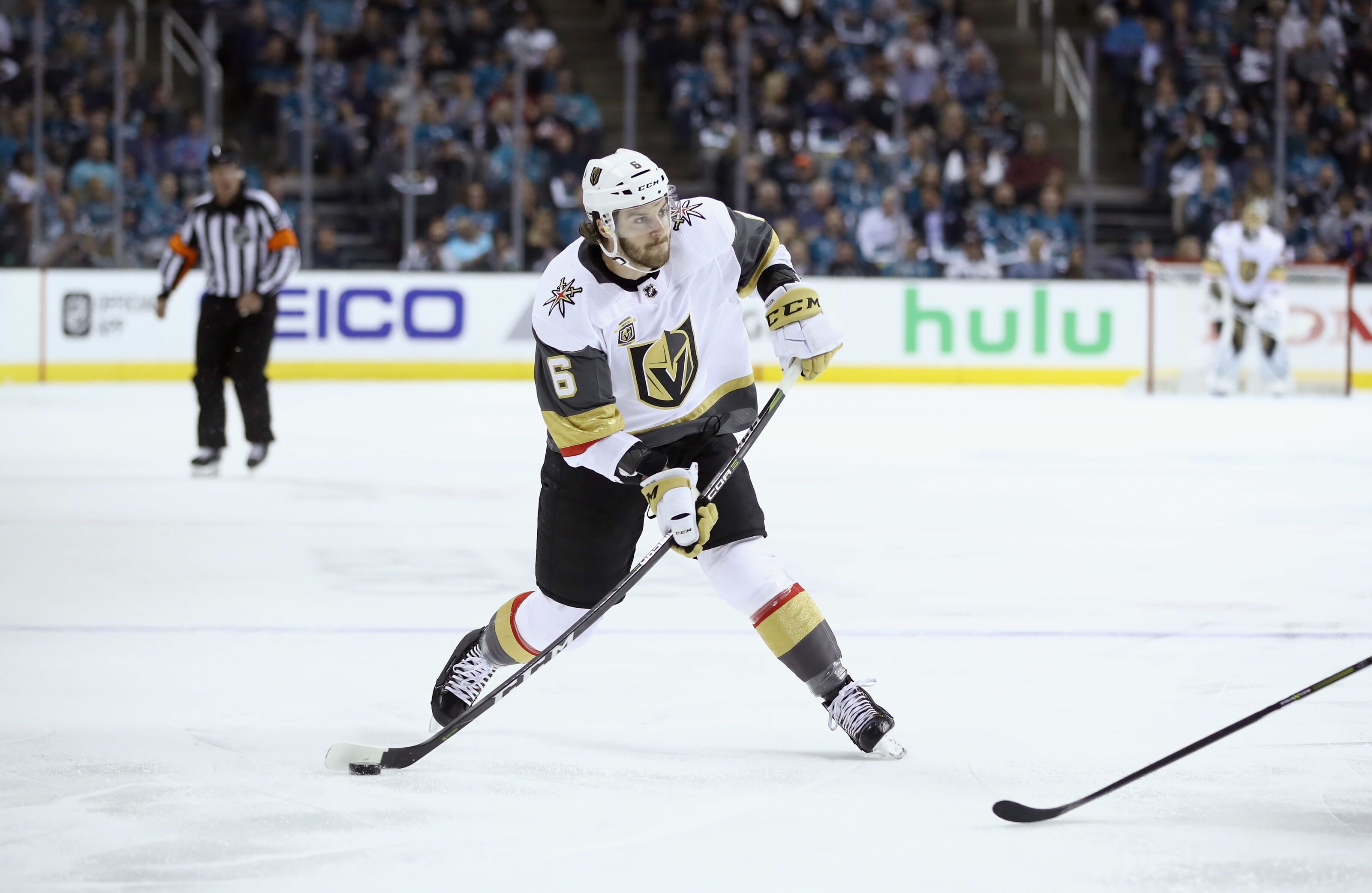 The Vancouver Canucks need another offensive defenceman, and Mike Halford of The Athletic suggests Colin Miller as a potential candidate. Is the 25-year-old a fit in Vancouver?

If there’s one primary goal for Vancouver Canucks general manager Jim Benning this offseason, it’s reconstructing a defensive unit that was brutal in its own zone while also failing to provide sufficient offence.

Alexander Edler led all Canucks defenceman in points this season with 34. It was his most productive season since 2011-12, and when you factor in his age (32), and injury history, you can’t expect a repeat of that in 2018-19.

Ben Hutton looks like a good candidate to get traded, given his frustrating season and clear tension with head coach Travis Green. That would mean dealing out one of this team’s few blueliners with some form of offensive talents, so Benning would have to fill the void quickly.

More from The Canuck Way

Enter Colin Miller of the Vegas Golden Knights. Mike Halford ofThe Athletic (h/t Spector’s Hockey), sees Miller as a good fit for the Canucks, via trade or a free agent (he’s an RFA this summer).

Halford only called it “pure speculation,” but he did point out that Vegas is rich in blueliners, and Miller could be on the dealt because of it.

After scoring just 29 points in 103 games with the Boston Bruins, Miller broke out with 10 goals and 41 points on the season.

He joined the likes of teammates William Karlsson, Erik Haula and Jonathan Marchessault — who all had career years in Vegas’ surprising inaugural season.

If Miller is available, he’s definitely worth looking at. Maybe the 10 goals are a mirage (remember when the Canucks signed Jason Garrison because of one 16-goal season), but Miller moves the puck well, is fairly young and defensively found (a career 56.6 Corsi For percentage).

The problem is, Miller could cost a hefty price, and Benning failed to acquire more draft picks at the trade deadline. He’s not in a position where he can deal away picks for Miller, unless he can acquire more in potential trades for a player like Hutton.

Luca Sbisa and Clayton Stoner are free agents in the offseason. That would leave Vegas with eight defencemen, but you have to think general manager George McPhee prefers to ship out Deryk Engelland or Jon Merrill, should he decide to solve the logjam on his blue line.

But if Vegas is open for business, the Canucks should definitely look at acquiring Miller. He’s reliable in his own end, can move the puck up well and would be a solid power play quarterback. The Canucks could offset the inevitable departure of Hutton by acquiring a guy like Miller.

Next: Vancouver Canucks: Certainty between the pipes

If the price is right, he’s definitely worth taking a look at. Benning has to bring in some new faces on defence this offseason, and Colin Miller could be an excellent fit on this young team.