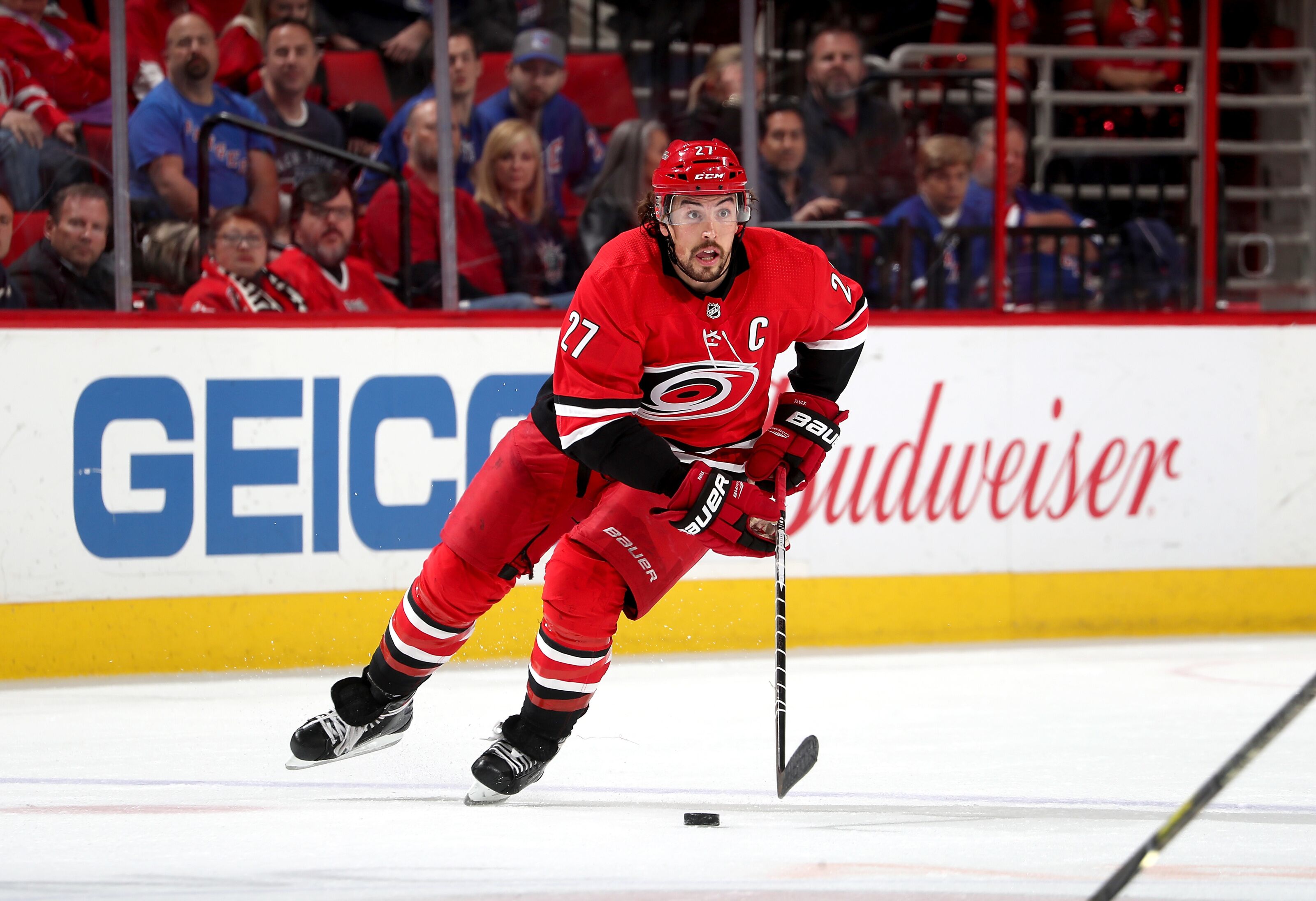 Vancouver Canucks: 3 Things to be excited for next season: Part 2 by Chris Faber

The Vancouver Canucks haven’t been mentioned in the trade rumour mill lately, but J.D. Burke of The Athletic mentioned a trio of players that the Canucks should target. Let’s analyze.

With Benning adding three more forwards in free agency, the Canucks probably don’t have room to trade for more. Following the signing of Troy Stecher, the Canucks now have eight blueliners under contract, and there’s a chance Olli Juolevi and/or Quinn Hughes make the roster, too.

More from The Canuck Way

That being said, J.D. Burke of The Athletic (h/t Spector’s Hockey), believes there are three defencemen the Canucks could look at in the trade market: Damon Severson of the New Jersey Devils, Julius Honka from the Dallas Stars and Justin Faulk of the Carolina Hurricanes.

Faulk has been a non-stop trade rumour mill target for months, while Burke notes that Honka has struggled to find his ground in Dallas and may be worthy of a fresh start.

Now, it’s important to note that this is simply speculation on Burke’s end, and we have no idea what kind of talks Benning has had with other GMs. And if he were to trade for either of these three players, he’d have to move out some of his own blueliners.

If Severson were available in trade, is he somebody the Canucks should explore? Severson turns just 24 years of age in August, and he brings good size (6-foot-2, 205 pounds).

Severson doesn’t come with much offensive upside, having scored nine goals and 24 points last season. His best offensive season was in 2016-17, where Severson had 31 points. His 49.6 career Corsi For percentage leaves a lot to be desired, too.

I don’t see a major difference between Severson and Ben Hutton. If New Jersey were willing to do a one-for-one swap, I would do it. Hutton is only a year older, is relatively the same size and might benefit from a change of scenery.

Both he and Severson are deserving of fresh starts, but I’m not sure the Canucks should go out of their way for the latter. Swapping a young defenceman for another seems fair, but Benning should stay away if New Jersey is asking for draft selections.

Faulk and Honka: Only if the price is right

Faulk would be a strong fit for the Canucks, but you know he’s not going to come cheap. Faulk is only 26 years of age, and is one of the better offensive defencemen in the NHL. He’s just three years removed from a 49-point season, and Faulk has scored 15-plus goals three times. That includes a 17-goal outburst from 2016-17.

Faulk carries a safe $4.83 million cap hit for the next two seasons, so the Canucks can afford him and won’t be handcuffed long-term. But Carolina isn’t just going to give Faulk away, and if the demand is prime Canuck prospects and/or early round draft picks, Benning has to stay away. Otherwise, Faulk is absolutely worth exploring.

As for Honka — the 14th pick from the 2014 draft — he’s only 22 years of age, but hasn’t shown many flashes of being an NHL regular. He’s played just 58 career games thus far, but the puck possession numbers are strong (a 53.7 career Corsi For percentage).

Though he hasn’t grown into his own yet, Honka has yet to play a full NHL season, and new head coach Jim Montgomery will have the opportunity to develop him into a star. I’m just not sure Dallas is ready to give up on him.

And again, the return for a young blueliner with plenty of upside would have to be big. Would Benning want to give up one of his young forwards (perhaps Jake Virtanen or Jonathan Dahlen), for Honka? Unlikely.

Next: Canucks: Things to be excited for next season

If Dallas is shopping Honka, and if he can be had for anything other than first round picks and primary Canucks prospects and young forwards, then it’s worth exploring. Otherwise, the Canucks need to pass.