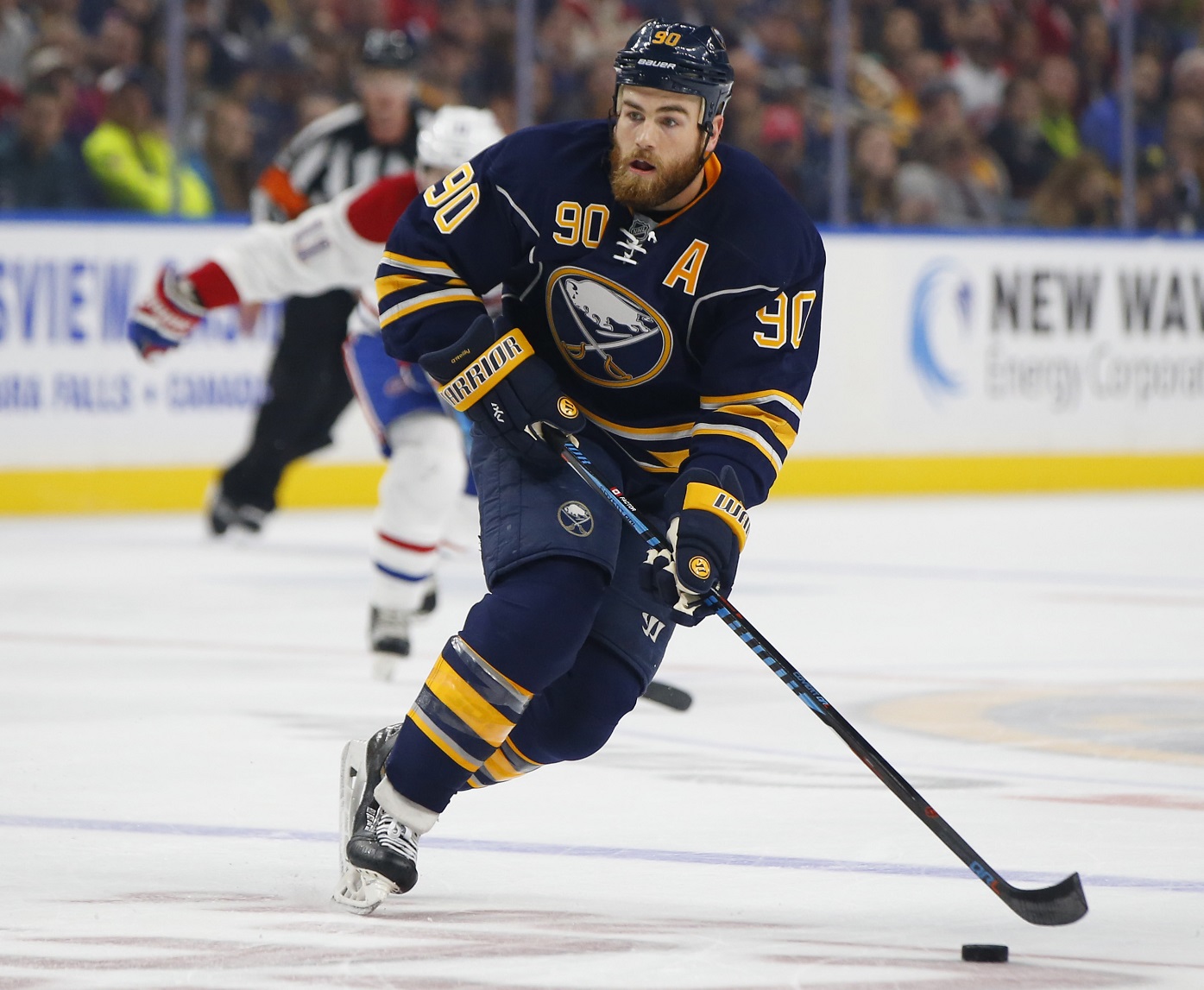 The Sabres reconvened at practice Tuesday in KeyBank Center, and it was mostly the same look they’ve had much of the season. The only ones who were missing were Kyle Okposo, whose wife went into labor earlier in the day, and Evander Kane.

Kane was traded just prior to the NHL deadline Monday and was the only player moved by General Manager Jason Botterill, who said there were no takers for unrestricted free agents like Benoit Pouliot, Josh Gorges or Justin Falk. Goalies Chad Johnson and Robin Lehner also remained, largely because very few teams were looking for help in net once Philadelphia acquired Petr Mrazek from Detroit.

Botterill got feelers about many players but wasn’t interested in making deals for any of his core players, with center Ryan O’Reilly apparently getting decent interest.  Those kind of moves will have to wait until the spring and summer. When he met the media Monday, the GM made it clear he’s not happy with his team’s nearly seasonlong standing of last place in the Eastern Conference and succinctly said, “the group we have is not working.”

Those words resonated in the dressing room.

“We have to do a lot of things differently,” said O’Reilly, now the team’s top active player in goals (18) and points (45) with Kane traded and Jack Eichel injured. “We have to find a way to be much more consistent. It’s our turn to build a foundation. We have to prove to this organization and this city that we can change things here and I want to be a part of it.”

“Hopefully it motivates them for sure,” said coach Phil Housley. “It’s a challenge right now that’s been sent out.”

Kane’s loss will be felt, of course, since he had 20 goals. Zemgus Girgensons took his spot in practice Tuesday on the top line with O’Reilly and Reinhart.

“We knew it was coming. It’s unfortunate and we wish him the best,” O’Reilly said of Kane. “It’s a big power forward out of the lineup. He adds a lot of size and scoring ability. But it’s an opportunity. With the guys we have down, all of us have to bring up our games more.”

The Sabres meet the Tampa Bay Lightning Wednesday night in Amalie Arena and it’s the first of several rugged matchups they will face over the final 19 games.

Buffalo plays the Lightning twice in that stretch, which is highlighted by all four of its matchups with Toronto, both games against defending Western Conference champion Nashville and the first-ever visit to KeyBank Center by the expansion darling Vegas Golden Knights.

“Get better. Keep trying to find our game, find our identity,” Lehner said. “We see it at periods of time but we have to get to it consistently. When we put solid efforts in, really close games, we can come out on the winning part. We still have to play much better.”

The Sabres are doing that of late, going 5-4-1 in their last 10 games. That’s eighth in the Eastern Conference over that stretch but Housley wants to see more. The Sabres have won back-to-back games just three times all season, and are just 4-10-4 in the next game after a victory.

“We need to see consistency,” Housley said. “We’re a team that doesn’t handle success very well. You have a big game against Boston and a lot of great efforts from all our players. Moving forward here, those guys in that room and the coaching staff, we have a lot to prove leading into the summer. We’ve got to finish the right way. I like the challenge that we’re facing some really tough teams. We’ll really get a good evaluation on our guys.”

O’Reilly said he wasn’t too nervous on deadline day because he hadn’t heard much from his agent about his name being bandied about. Same for Lehner, who said he had an otherwise “normal Monday” watching hockey shows on television.

“There’s a lot of tough games in the the last 19 we have here,” Lehner said. “The majority of them are playoff teams fighting. We need to get better. Every game is very important to us. It might not be to other people but to us in this room it’s important. It’s a part of showing you want to be here and that’s part of the process right now.”